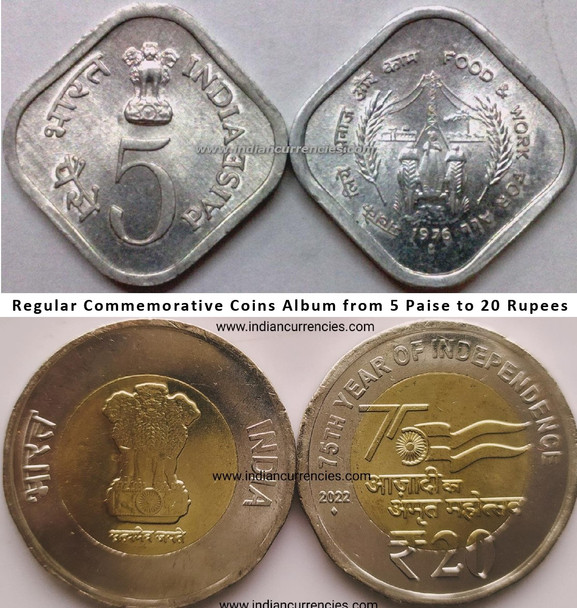 This album includes those coins which Government of India from 1964 started minting (issuing) to mark an event or honor a person. Commemoratives coins were issued from 5 Paise to 10 Rupees. Coins bearing Jawaharlal Nehru image on reverse of 1 Rupee and 50 Paise in 1964 were minted in the memory of Jawaharlal Nehru; similarly image of Asian Games on reverse side of 10 Paise, 25 Paise and 2 Rupees in 1982 were minted in the event of Asian Games. All such momentary coins are included in this album.

Album reflects different 154 coins of below denominations with different commemoration on it:

Includes below coins which are now difficult to find: 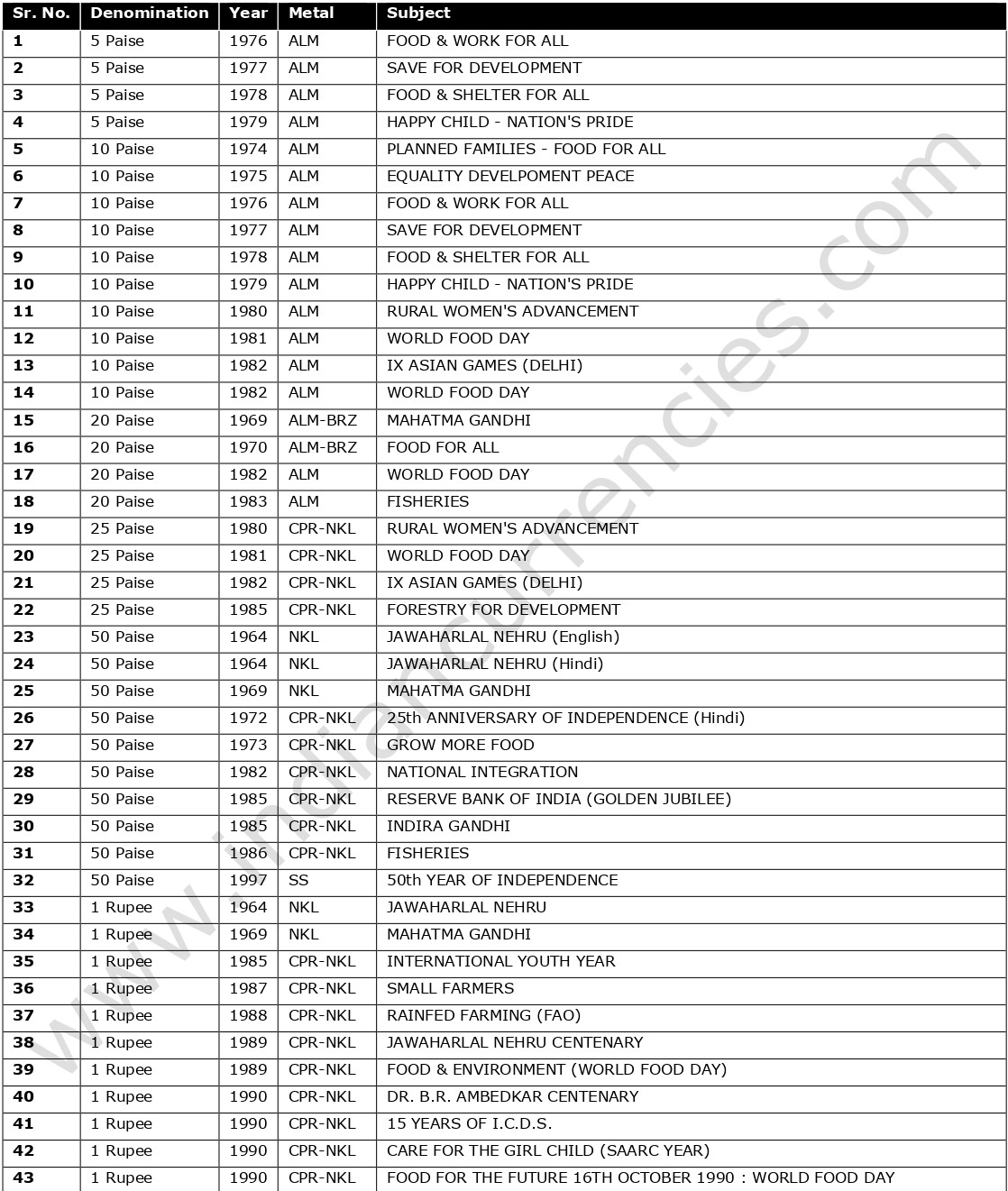 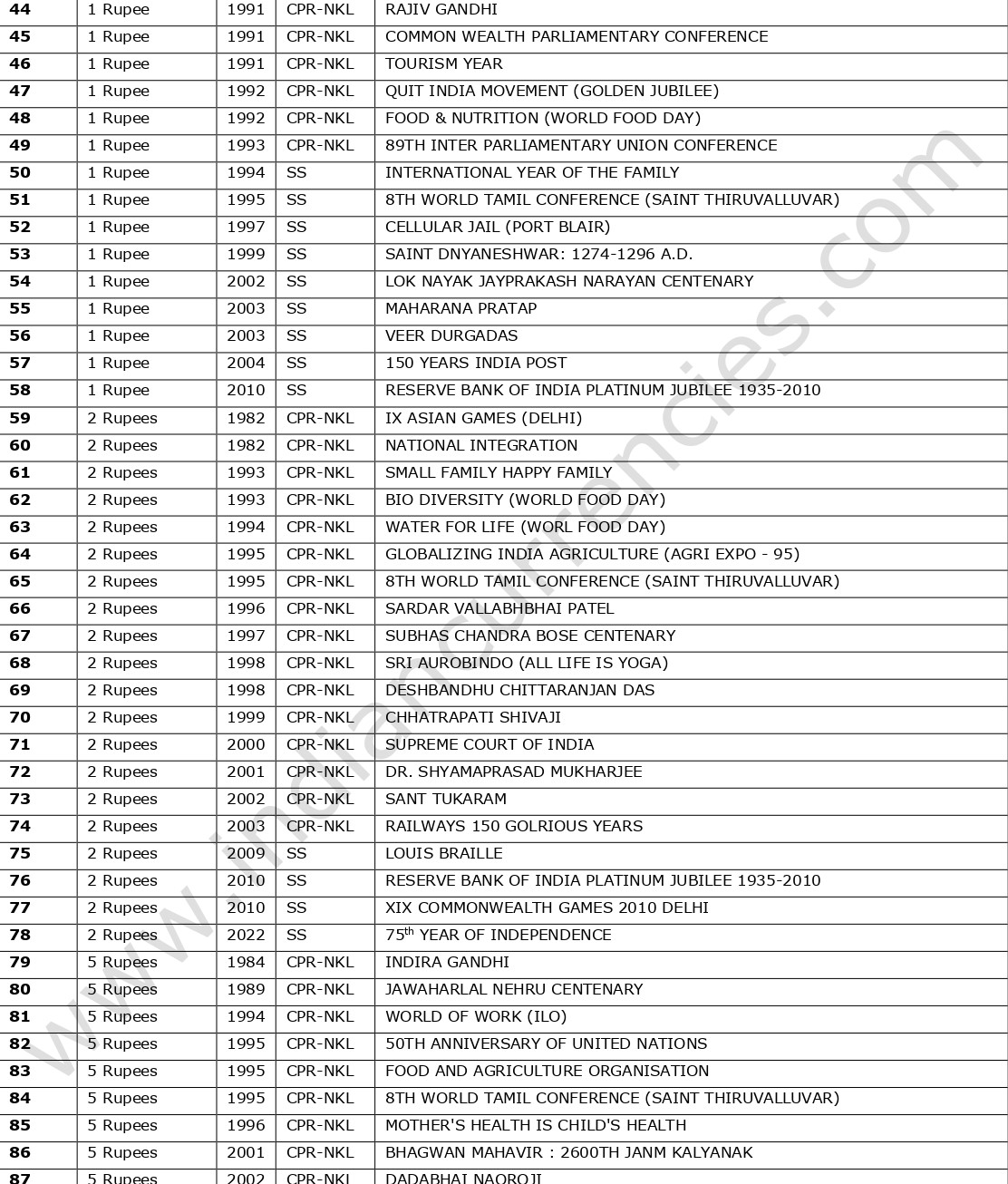 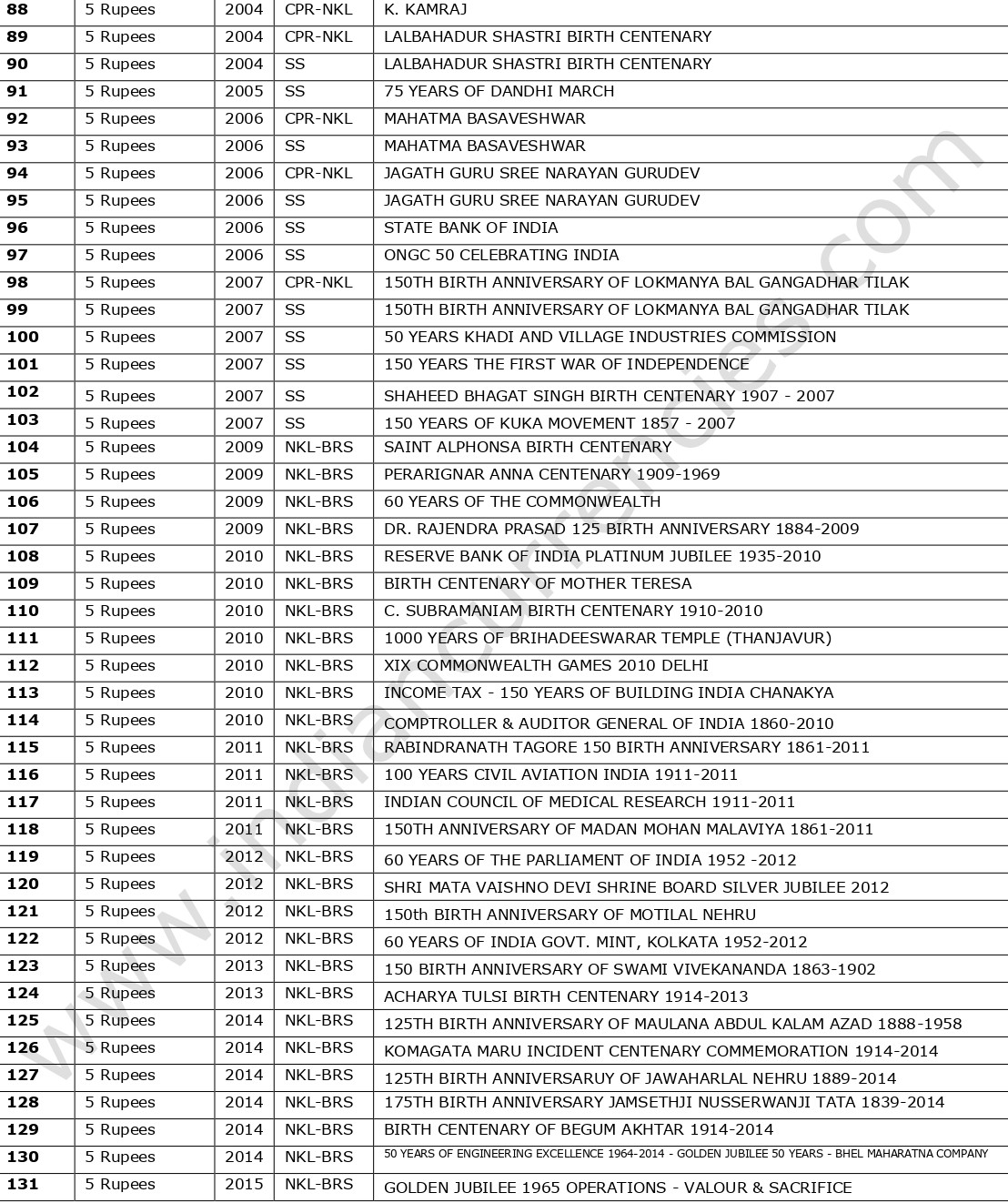 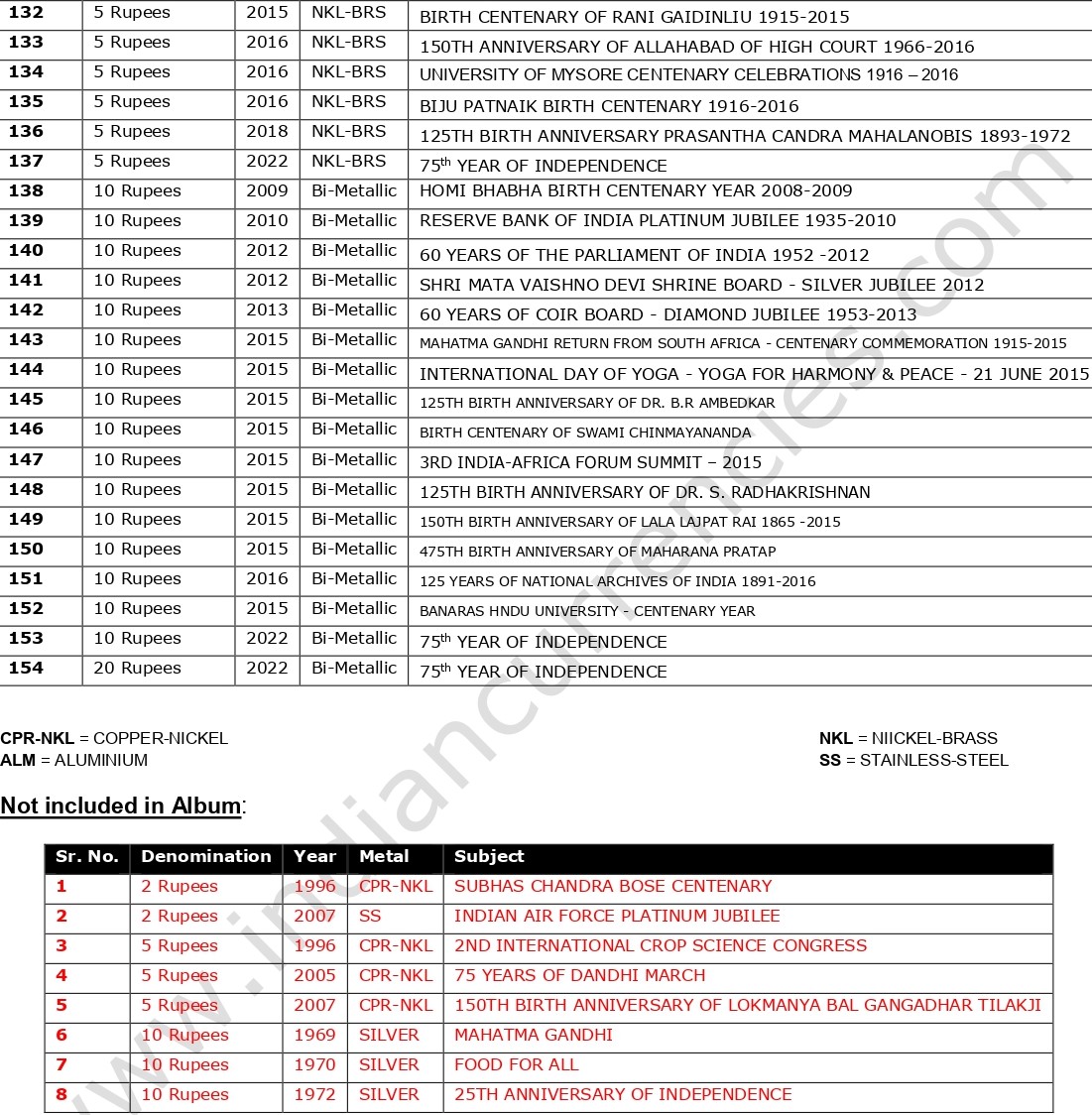 MSRP:
Now: ₹4,750.00
Was:
Guide-cum-Checklist Album Album is organised to hold mintwise regular republic commemorative coins from 1964 to till date. Each coin flips are placed as per the size of coins which gives perfect look...

MSRP:
Now: ₹40,000.00
Was:
This album contains different regular coins of India from 1950 to till date of each year. Each year some amount of coins are issued by mints for the circulation of coins in India. 1 Pice was...